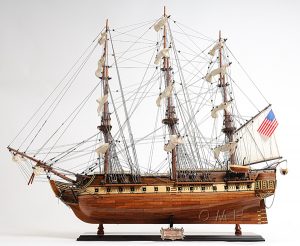 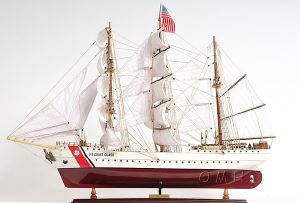 Display this gorgeous “Old Ironsides” right in your own home or office! The U.S.S. Constitution, a legend in the War of 1812, is available as a museum-quality, FULLY ASSEMBLED model. This is an “Exclusive Edition” where the model has a unique serial number etched into the hull, which allows us to identify production date, material used and all other production information of a model.

Master craftsmen using historical photographs, drawings or original plans meticulously handcraft these highly detailed wood models from scratch. They are built to scale with high-grade wood such as: western red cedar, rosewood, and mahogany. They are 100% hand built individually using plank-on-frame construction method and are similar to the building of actual ships. Each model requires hundreds of hours to finish and must go through a demanding quality control process before leaving the workshop.

This amazing model of the USS Constitution XL features plank on frame, two decks, and one stretched ferocious row of metal cannons on each side of the ship. The front bowsprit and three large masts are connected securely using advanced rigging and lines painstakingly knotted and fastened by hand. Each yard has an attached hand-stitched rolled-up sails made of fine linen. The glorious American flag are attached to the mizzen yard. Metal anchors and a wooden rudder are visible on the front and rear of the ship. On the deck, there are authentic hand-built lifeboats with ribs and planks, stationed metal cannons, metal steering wheels, metal bell, captain’s dining and sleeping cabin, and many other handcrafted ornaments. There is also an exquisite detailed admiral’s quarter on the stern with spectacular brass ornaments.

This model comes standard with a solid wood base and brass nameplate. It’ll make a perfect gift for home or office decorator, boat enthusiast or passionate collector.

The U.S.S. Constitution, a three-mast frigate, is the world’s oldest commissioned warship. Built primarily with dense southern live oak, its hull was 21 inches thick in an era when 18 inches was common. Paul Revere forged the copper spikes and bolts that held the planks in place. The 204-foot-long ship was first put to sea in 1798 and its most famous era of naval warfare was the War of 1812 against Britain, when it captured numerous merchant ships and defeated five warships, including the H.M.S. Guerriere. It was during the ferocious battle with the Guerriere that British seamen, astonished at how their cannonballs were bouncing off the Constitution’s hull, cried out, “Sir, Her sides are made from Iron!” Hence, the nickname, “Old Ironsides.” The Constitution today is a national landmark and is currently docked in Boston. 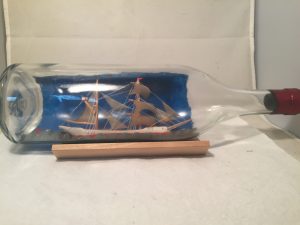 German ship in a bottle antique3 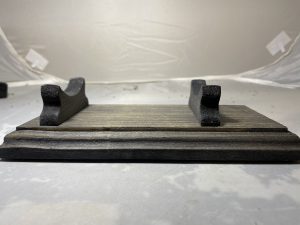 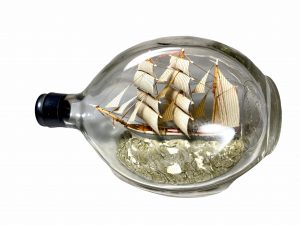 Island in the sky Antique Diorama 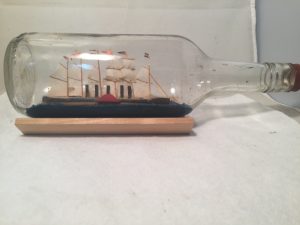 Great Eastern Ship in a bottle 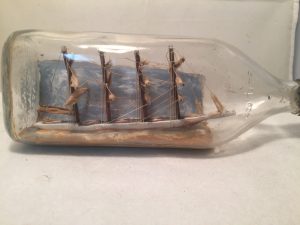 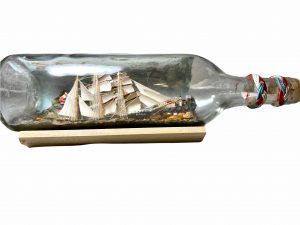 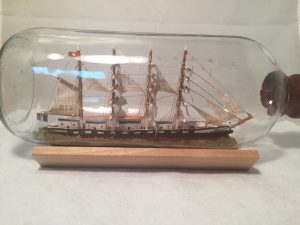 Surcouf Ship in a bottle